Hi, I've upgraded my software to the latest version and see that some of the old features have returned which i am pleased about, so thank you for that. I have found and read the user guide for the new Station Information Set up and have configured my radios and antenna for the correct bands of operation, however when using wsjt-x and jtalert (logging via Jtalert) the radio and antenna do not correspond to what has been configured for that band. Is this not possible at this time or have i not set it up correctly??

Darren (I had to look up your name on QRZ as you dont sign your name!)

1. If your not using Omnirig in both programs then Log4OM has no band information to work on

So it could be that your connecting to your radio direct with WSJT so that when a band is changed in WSJT Log4OM does not know so cant set the band and therefore the aerial.

Cure: Set up according to the Log4OM user guide using Omnirig and WSJT etc

2. Did you understand that the Radio does not change according to band automatically? you need to select the radio being used, its only the aerial that changes for a chosen radio according to the band shown in Log4OM

I logged a few QSO's and the radio and aerial information was correctly recorded, but remember I selected the radio being used in each case!

Thanks for looking into this for me, I run 2 instants of each Jtalert and WSJT-X, one for my IC-9700 and one For IC-7700 so i can run ft-8 on both at the same time, logging works great (expect for radio/antenna used), all using omnirig, the logbook is connected to both radios (rig1 and rig2) no problems. I would of thought with the band being logged it might log the correct (default) radio/antenna for the band set in station Information automatically.

update... I've just tryed logging on 20m band and 80m band on same radio, the antenna logged as cobweb not two different antennas, so this appears not to work. my conclusion is I've got something wrong. I have including Picture Below of Station Information settings. 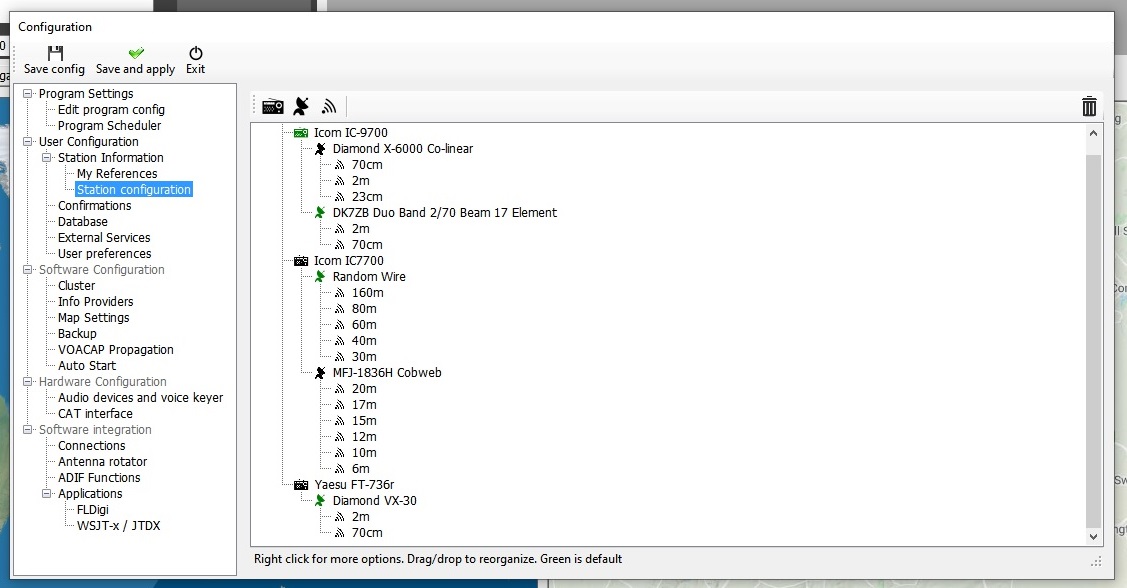 After another play and re-reading the user guide, I now have the antenna logging correctly for the band i'm using. It was my mistake as you probably seen from the above screen shot, I had not selected the default antennas correctly.

Just a Shame it doesn't log the correct radio for the band, as I switch between both HF and VHF, but for now i'll have to remember to switch the radio manually before it logs.

Many Thanks for all your help and keep up the hard work, it is very much appreciated.

Daren,
You dont have any default bands set for your aerials You need to right click on the relevant bands and set as default, the band will then be highlighted in green as shown in our user guide and the image below 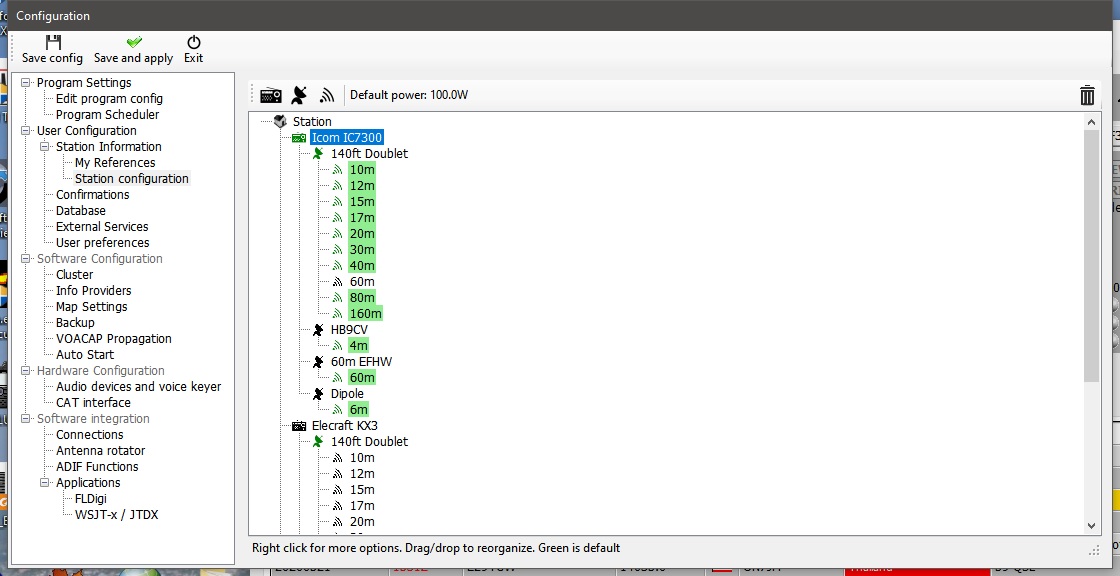 And finally a dipole for 6m

Just a Shame it doesn't log the correct radio for the band, as I switch between both HF and VHF, but for now i'll have to remember to switch the radio manually before it logs.

You and the Log4OM team are doing a fine job, looking forward to any further improvements.
Top
Post Reply
8 posts • Page 1 of 1